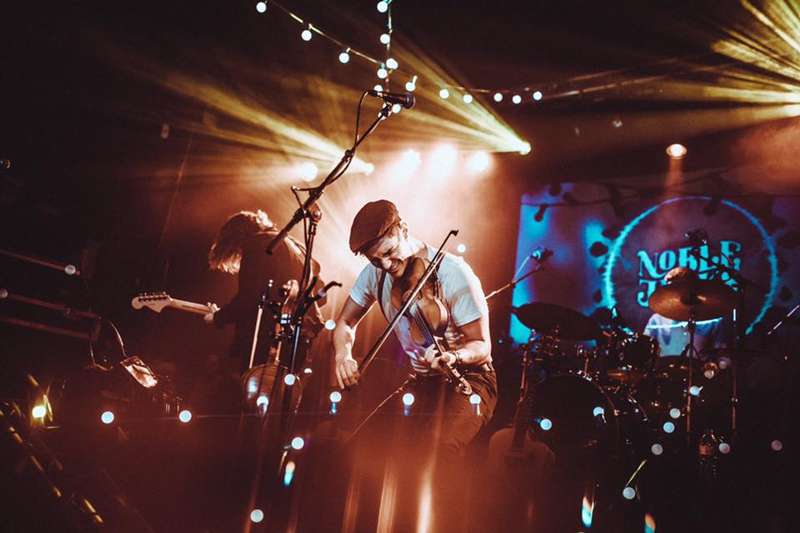 With the fiddle leading the charge, Noble Jacks are out to take no prisoners with their high-energy footstompin’ rhythms, which have taken crowds by storm across the UK.

Noble Jacks have been touring relentlessly, with sold out shows across the UK on their headline tours, as well as shows at major festivals including Glastonbury, Isle of Wight and Bestival, plus major European festivals. With their second album, Stay Awake, released Spring 2019, the Jacks went straight into the top 10 Official Album Charts and played a sold out Concorde2 (Brighton) launch party. Followed by a full UK tour covering North, South, East and West, and festival season underway, Noble Jacks take the liveliest show around on the road.

Jake Morrell could have come straight out of Nashville, or even from the Californian sunshine, as his music suggests; but Jake is from Norfolk, England! Jake was ‘discovered’ by Dermot O Leary, who featured him on his Radio 2 Show. One in influential listener just so happened to be Glastonbury boss Emily Eavis, who immediately asked Jake to perform at the iconic festival. “It’s great to see Jake Morrell flying the flag for British country music” – Dermot O’Leary, BBC Radio 2 Jake recorded his debut single with London based producer Brett Shaw (Florence & The Machine, The Kooks & Dry the River). The song entitled “Wire & Thorns” reached No.2 in the iTunes country charts on the first day of release. This led to Jake being invited to perform at 2017’s Country 2 Country festival in London. Having worked with several top industry writers and producers in 2017 including the Grammy-winning writer/producer Kipper (Sting, Gary Numan), Jake is back with a brand new EP titled “Englishman” due for release in March 2018 as Jake once again performs live at Country 2 Country 2018. The EP featuring tracks such as “Englishman” and “Kindness” are testimony to his journey as a singer songwriter on a road many have walked but few have stopped to call their own. Jake’s songs and sound are attracting attention of all who listen and his unique history and music says that Jake’s journey is just beginning. 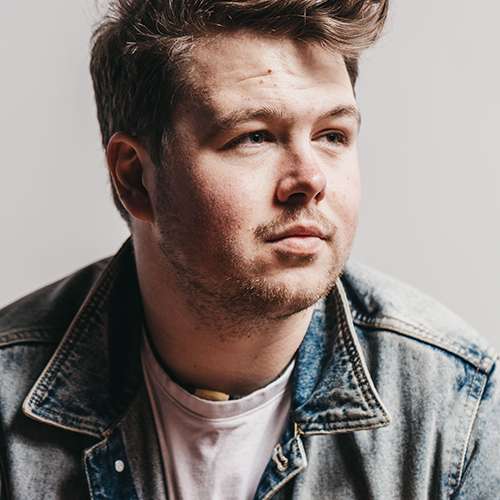 By signing up you agree to receive news and offers from Noble Jacks. You can unsubscribe at any time. For more details see the privacy policy.

By signing up you agree to receive news and offers from Noble Jacks. You can unsubscribe at any time. For more details see the privacy policy.